Legal commentary and insight across topical issues, borders and industries 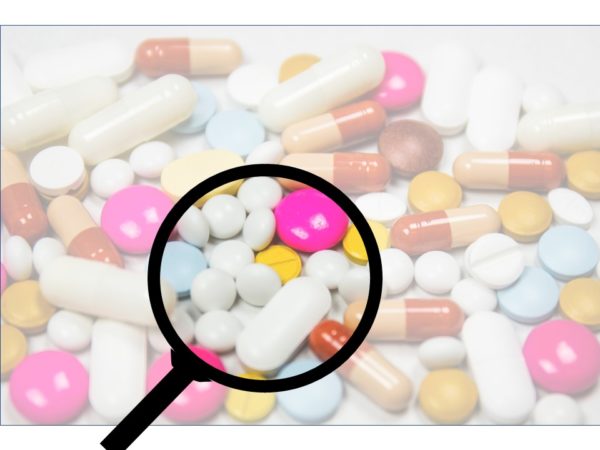 Counterfeit drugs are drugs deliberately and fraudulently mislabeled with the intent to deceive and profit. They are rarely efficacious and are often dangerous and detrimental to public health. The Nigerian Fake Drugs and Unwholesome Processed Foods (Miscellaneous Provisions) Act (CAP C34, 2004)[1]  defined fake drugs to mean:

”any drug or drug product which is not what it purports to be; or (b) any drug or drug product which is so coloured, coated, powdered or polished that the damage is concealed or which is made to appear to be better or of greater therapeutic value than it really is, which is not labelled in the prescribed manner or which label or container or anything accompanying the drug bears any statement, design or device which makes a false claim for the drug or which is false or misleading…”

For decades, Nigeria has faced an overwhelming counterfeit drug menace. It is widely reported that most pharmaceuticals in the country are counterfeits and unregistered. Though Nigeria has made a tremendous effort to reduce the presence and impact of counterfeit drugs in the country, the amount of fake drugs on the market remains alarmingly high. Peddlers throughout the country dispense inexpensive drugs to people who are otherwise unable to afford treatment. It is therefore not surprising that the most common fake drugs are those that are in high demand, such as anti malaria, blood pressure medication, and antibiotics. In Nigeria, informal distributors can be found in kiosks, open markets, and general stores and sell products at a fraction of the price of official pharmacies; many of these drugs are counterfeit, completely fake, or are stored and dispensed improperly.

COMBATIVE MEASURES TOWARDS THE ERADICATION OF COUNTERFEIT DRUGS IN NIGERIA

Although Nigeria reportedly made progress in the reduction and circulation of counterfeit medicines, from 40% in 2001 to 16·7% in 2005,[2] this problem remains a considerable challenge, particularly with regard to medicines of public health importance, such as anti malarial drugs. In 2011, 64% of anti malaria medicines circulating in Nigeria were reported to be substandard.[3]

Detecting these counterfeit medicines is equally difficult, because many of them pass through the open drug markets, thereby creating opportunities for counterfeits to enter the legitimate supply chain.

It is this writer’s opinion that the open drug markets should be dismantled immediately. For as long as they remain operational, achieving a sustainable reduction in the circulation of counterfeit drugs in Nigeria, and perhaps the rest of sub-Saharan Africa, will be a difficult task. Granted the absence of an efficient and readily efficient distribution line make this a significant challenge.

In March 29, 2019, it was reported[5] that NAFDAC[6] in carrying out their seize and destroy routine destroyed unsafe and fake drugs worth over Two Billion Naira at Oke-Diya Dumpsitr, Sagamu, Ogu State.

Also in December, 16, 2019 the Director General of NAFDAC as reported by Vanguard[7] stated that the agency in conjunction with the Nigerian Custom Service in 2019 seized and destroyed falsified and substandard medical products while a total of (40ft) 24 containers were seized. The Punch[8] in November 11, 2019 reported that fake drugs worth over Three Billion Naira have been seized and destroyed by NAFDAC over the last two years.

These seize and destroy activities carried out by NAFDAC, Custom and other relevant authorities have aided in the reduction of circulation of fake drugs in Nigeria over the years.

A major strategy for combating counterfeiting in Nigeria is to resort to IP legislations covering trademarks, patents, industrial designs or copyright, provided that the case involves violation of such rights.

An action for Trademark infringement can be brought under Section 5(2) of the Trademarks Act so long as the offending counterfeit product/trademark is similar confusingly similar and identical to an existing registered mark.

Section 3 of the Trademarks Act preserves the right to seek redress against the violation of an unregistered trademark through passing off. This action seeks to protect a business or product from being misrepresented as another’s by use of a name, mark or get-up that is similar to an existing company or business name.

The Standard Organization of Nigeria (SON) is responsible for registering and regulating standard marks and specifications for both local and imported products in Nigeria. With SON acting as watch dogs on imported products, importation of fake drugs into Nigeria will be curtailed. The SON has the power to enter premises and seize or destroy products that are found to be dangerous or sub-standard or that violate the SON Act.

National Agency for Food and Drugs Administration and Control (NAFDAC) -All food products, drugs and medical devices in Nigeria must be registered with NAFDAC. Accordingly, it has the power to seize and destroy unregistered products, as well as counterfeit products.

The Economic and Financial Crime Commission (EFCC) is also vested with the prosecution of offences relating to economic and financial crimes. Section 46 of the EFCC Act defines economic and financial crimes to include “theft of intellectual property and piracy”; on this basis, the EFCC also addresses anti-counterfeiting. The EFCC is empowered under the Act to bring legal action against offenders and may carry out criminal investigations, raids and prosecutions in respect of IP rights enforcement.

The following are some legislations involved in the fight against counterfeiting in Nigeria:

Further, the following legislation establishes the regulatory and administrative bodies that play a key anti-counterfeiting role:

The Courts have in plethora of cases also played major roles in curtailing the manufacture, sale and distribution of counterfeit drugs in Nigeria.

In the well pronounced case of Barewa Pharmaceuticals Limited V. FRN[9] The Appellants were arraigned before the Federal High Court, Lagos on six counts amended charges for various offences under Counterfeit and Fake Drugs and Unwholesome Processed Foods (Miscellaneous Provisions) Act Cap C34 LFN 2004, and Miscellaneous Offences Act Cap M17 LFN 2004. It was reported that about 15 children died from consumption of the fake drugs sold by the Appellants. The Appellants pleaded not guilty to the charges. The trial Court found them guilty and they were all convicted and sentenced to seven (7) years imprisonment on each of the two counts and the sentences were ordered to run concurrently. One of the Appellant being a company was ordered to be wound up and its assets forfeited to the Federal Government of Nigeria.

Further, in the case of Clara Onah v FRN[10] , the Appellant was arraigned for possessing, selling and distributing fake drugs contrary to Section 1(a) of the Counterfeit and Fake Drugs and Unwholesome Processed Foods (Miscellaneous Provisions) Act Cap C34 LFN 2004 and Section 5 of Food and Drugs Act Cap f32 LFN 2004, the Court of Appeal affirmed the judgement of the Federal High Court which sentenced the Appellant to Seven years Imprisonment.

The decisions of the Courts are in tandem with the provision of Section 1 (18) (a)(ii) of the Miscellaneous Offences Act Cap M17 Laws of the Federation of Nigeria, 2004. The Act provides that “Any person who deals in, sell, offers for sale or otherwise expose for sale any petroleum product, food, drink, drug, medical preparation or manufactured or proceeded product which is not of the quality…  shall be guilty of an offence and liable on conviction to imprisonment for a term not exceeding ten (10) years, as well as  Section 1(a) of the Counterfeit and Fake Drugs and Unwholesome Processed Foods (Miscellaneous Provisions) Act Cap C34 LFN 2004 which prohibits the sale, production, importation, manufacturing, distribution and possession of counterfeit and fake drugs. Section 3 of the Act provides for the punishment which is not less than five years or not more than fifteen years imprisonment.

The decision of the court has now reinforced the provision of the Act. Future counterfeiters ideally should be mindful of this. The judgement of the Court in the above case should serve as a deterrent to counterfeiters.

If the relevant regulatory authorities work hand in hand effectively in monitoring the importation of drugs and other relative products into Nigeria, importation of counterfeit drugs will be reduced to the barest minimum. There is also the critical need to improve the distribution lines and the pricing of the drugs-efficiency in distribution will curtail the work of counterfeiters but the pricing or some level of subsidy for the vulnerable in the society and a good distribution line will discourage patronage of stores and counterfeits.

[2] Adewole, Information and capacity building are key to fighting counterfeit drugs in the Africa region, 66th session of the WHO Regional Committee for Africa: day 5, August 23, 2016. http://www.afro.who.int/en/sixty-sixth-session.html Accessed on May 1, 2020.

[6] National Agency for Food and Drug Administration and Control

The opinions in the articles are for general information purposes only and do not form a legal relationship or be taken as legal advice. To explore legal advice, please consult your solicitor or feel free to get in touch with us directly.

Looking for lawyers with in-depth knowledge, experience and professionalism with a knack for delivering outstanding service? Get in touch. Our cross-disciplinary team can help you prepare for whatever challenges lie ahead. Get in touch