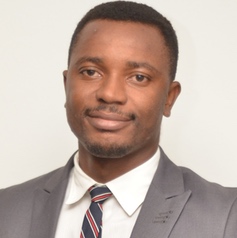 Felix is an Associate in Benchmac & Ince. He is a team lead of the firm’s Dispute Resolution team. He is passionate about Energy & Infrastructure Practice. Felix has acquired experience in Public-Private Partnership & Infrastructure. He is a corporate attorney and is highly involved in conflict resolution. He has been involved in several commercial litigations even at the Appellate courts.

Felix attended Enugu State University, where he obtained his LL.B degree with Second Class Honours (Upper Division) in 2011. He was admitted to the Nigeria Bar in the year 2012 after passing the Bar Qualifying Examination also with Second Class Honours (Upper Division). He is finalising his LL.M. degree programme at University of Lagos. He is a member of Nigeria Bar Association and International Trademark Association.

He has attended several Seminars including Power Africa sponsored NBET Power Purchase Agreement and Put/Call Option Agreement and Corporate Practice and Procedure. He has a keen interest in politics and sports. He is also a public commentator.